There will be a smart fortwo again. At least smart never get tired of emphasizing this on a regular basis. But what could this look like? An smart eMotion reader asked himself this question and decided to draw a sketch. He posted his thoughts in the forum.

Together with my thoughts on this, I would like to fantasize about the next smart fortwo with you in this article. 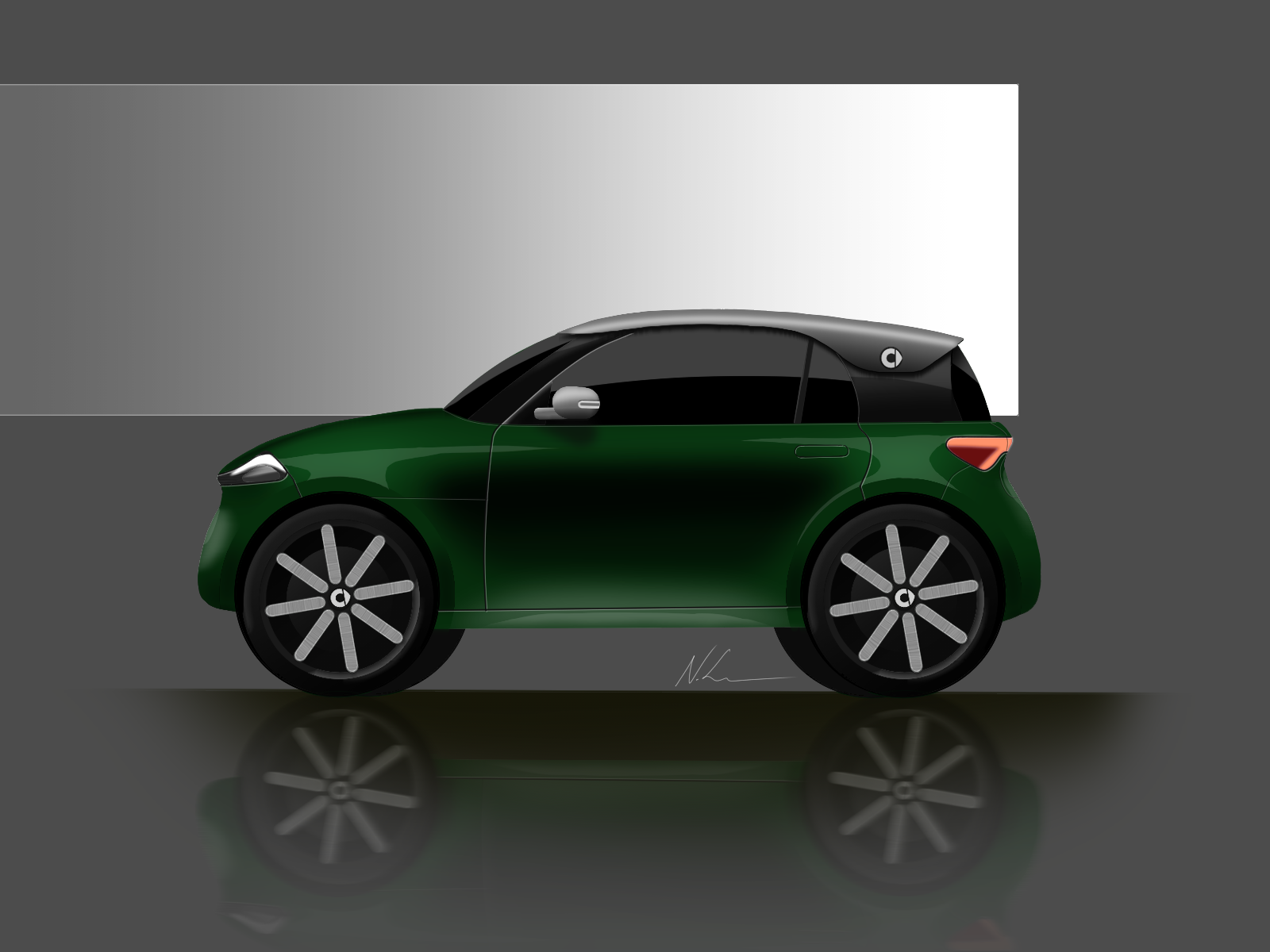 First of all, of course, a big thank you to nico.schurr from the smart eMotion forum for his design idea.

Define the fortwo with just a few lines

Nico's design is of course strongly inspired by the new smart #1 and its "Sensual Producty" philosophy, but much shorter and with only one large door on each side. Just as it is with the current smart fortwo. With the headlights, he tried to keep some of the smart fortwo's character while at the same time reinforcing the modernity of the brand. In keeping with the naming of the #1, it also uses modern characters here. Many know it from the world of emoji, the well-known smile ^−^ (

At the rear, he then modified the bar from the #1 so that the upper branch forms a horizontal line and thus optically emphasizes the width. This way the sketch looks bigger than it is. This way the car would be taken more seriously on the road and would still be a miracle of parking.

It keeps growing, but is that really a problem?

In principle, of course, it is a problem, no question. But it's not because of smart itself that it's growing, but because of ever stricter personal protection regulations. For this reason, the bonnet in particular has become longer and longer since the 90s. Unfortunately, smart cannot change that.

Nico took this as an opportunity and turned the disadvantage into an advantage. He imagines a frunk at the front, so the car gets even more storage space. In addition, it should not only be easier to get more batteries for longer ranges in the underbody, but also to make the fortwo itself more streamlined. Also in terms of streamlining: the roof line that falls backwards.

I definitely like what Nico has drawn here. Sure, the wheels are a bit big. This is normal when drawing this style. He himself writes that these should be smaller in reality. With this design he also solved the question of how Geely could build such a car. Because the platform of the smart #1 does not allow a classic fortwo. Again, its streamlined design and general concept around it probably does the trick. Yes, the fortwo is no longer what it was in 1998. But he hasn't been since the 2007 model update. For this reason, my 2013 fortwo, for example, never leaves the family. The first electric and freely available fortwo.

This concept could definitely be an idea what smart will show us in the next 1-2 years. Time will tell and if it goes in the direction of Nico's design I wouldn't mind. To me it seems like a modern interpretation of the smart fortwo idea.

Addendum after the announcement of the smart #1:

Some readers had suggested calling the new fortwo smart #1/2.