Kind of crazy: A racing series with nothing but all-electric smartEQfortwo. But the Italians have been doing just that for years now. Since 2018 they have been racing every year at 5 - 10 different circuits around the country. Together with live broadcasts and a very active social media presence, the smartEQfortwo e-cup is a racing series that should not be underestimated.
For this reason, 3 readers and I finally went to one of the races and got great insights from the organizer.

Of course we arrived fully electric and everyone with our electric smart cars. I had dressed up my own for the event and the tour. After all, I was looking forward to the country and its people and wanted to attract attention on the tour. BRABUS side panels and Italian mirror caps, plus BRABUS rims from the smart Edition pure black. The large "Bella Italia" lettering on the doors and, of course, the 95 hp tuning kit for the smart fortwo and forfour. This is how you drive in style through Switzerland and over the Alps to Italy. 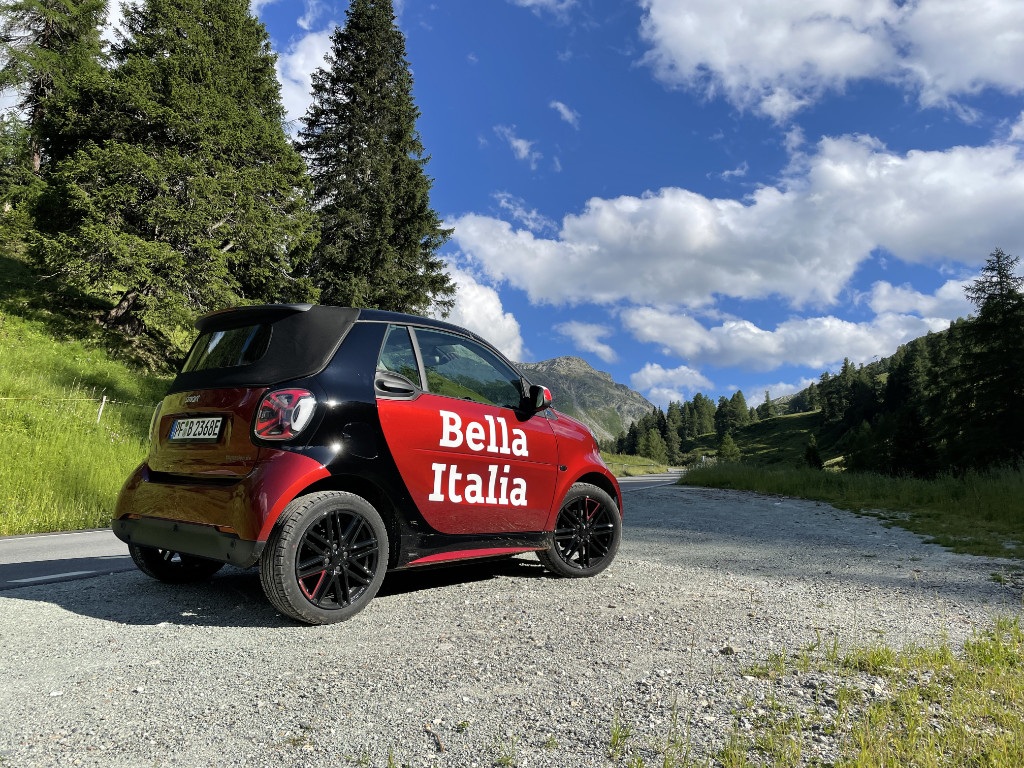 In addition to the smartEQfortwo e-Cup, there were also a few other racing series on the racetrack at the weekend. These include, for example, the Lotus Elise Cup and the Renault RS Cup. There are also a few other racing series that go beyond my area of expertise. The race weekend took place in the greater Parma area at the Varano Circuit. With our 4 cars we stood out among all the racing cars. If you would like to be part of something like this: Keeping an eye on the smart eMotion forum and social media is definitely worth it. 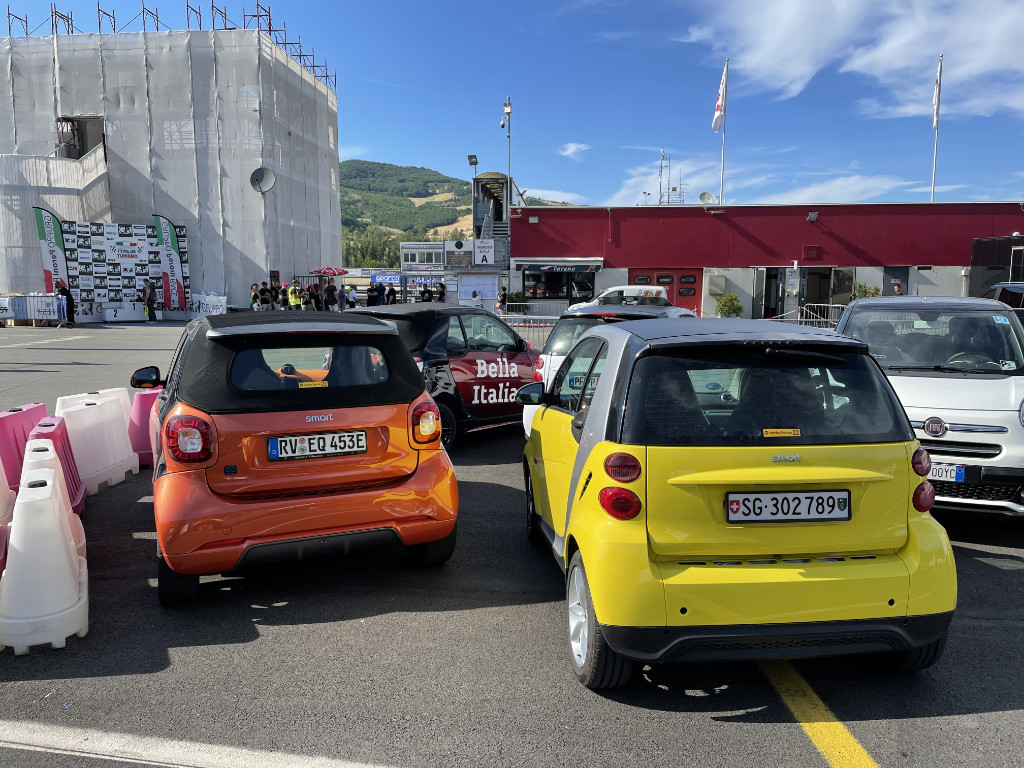 How does the smartEQfortwo e-cup work?

For me personally, the biggest question was how the e-cup itself works and what its goal is. As it turns out, the e-cup has nothing to do with smart. Although at smart up to Ms. Dr. Winkler everybody knew that the Italians want to organize something like this and this was also supported with a lot of euphoria. But the smart company was not involved financially or in any other way. The vehicles were bought from smart by an Italian company in 2018 and all the vehicles were rebuilt by a professional company to the exact same specifications:

There is even more about the history of the racing cars and details in the wiki. For example, the cars are now all facelifted fortwo, but in fact they are still the same fortwo from 2018: smartEQfortwo e-cup Italy 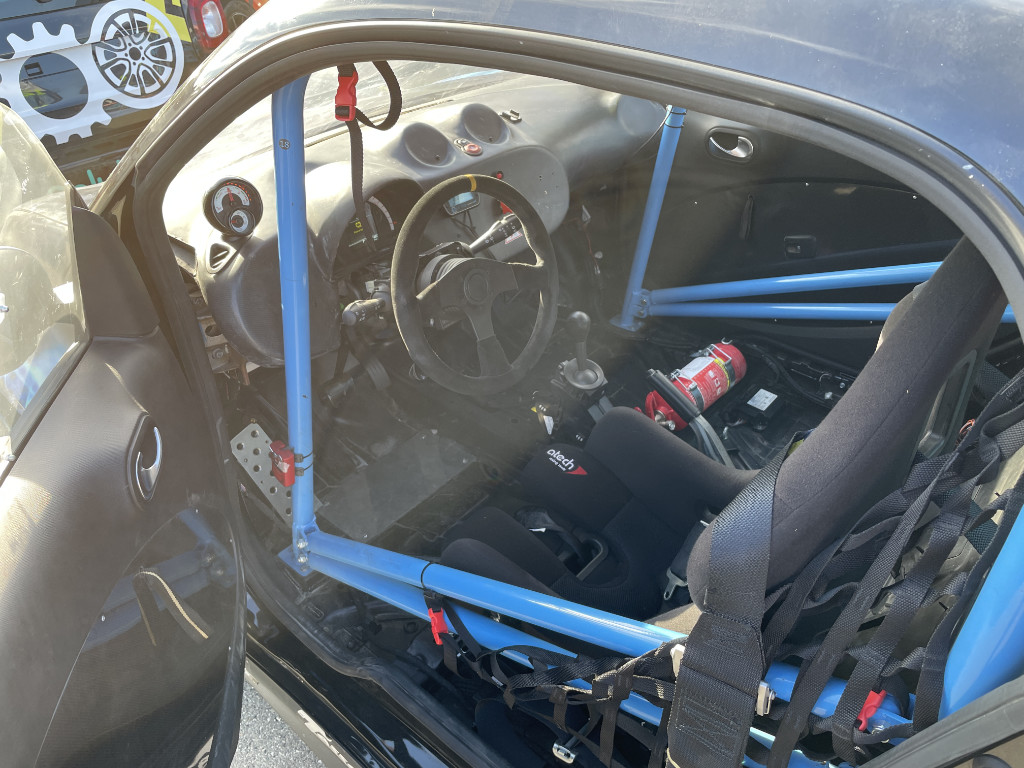 The idea behind the smartEQfortwo e-cup is to enable young drivers to race relatively cheaply and start a career. In addition, retired racing drivers also take part in the e-cup, from whom you can still learn quite a lot. In this beautiful constellation and because the cars are 100% the same, it shows who can drive best. ABS and ESP are of course switched off and the short wheelbase makes the smart fortwo particularly difficult to drive.

The smarties are driven with full power as far as possible, regardless of tires or battery. Accordingly, a session only lasts about 30 minutes, after which they come back into the box with about 20% and are charged. The drivers pay €20,000 per season (as of 2022) and receive the car for the season in return. You don't have to worry about the organization of the car, charging or any repairs between races. They just have to be there to race, sit in and show what they've got. It only costs extra if they cause damage to the car. They have to pay for repairs like this. 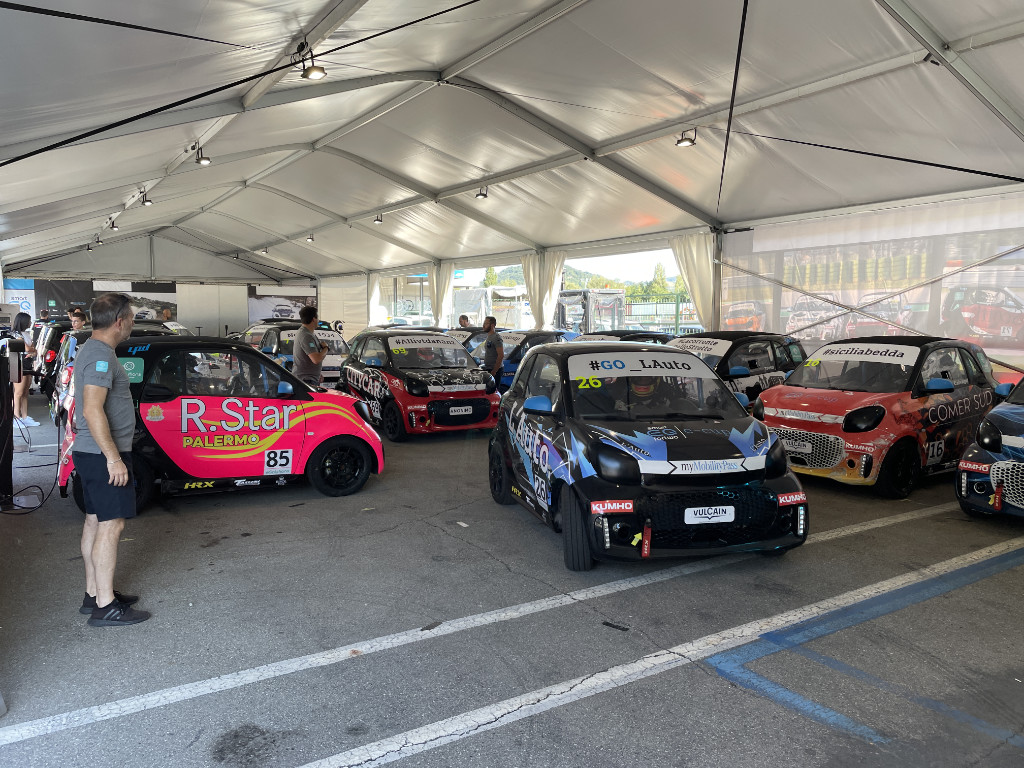 The low price per season is also achieved by sharing the race track with other racing series over the weekend. Which also has the charm that you can watch other races. Personally, I also liked the Lotus Elisen, because I only knew them as Tesla Roadsters and half knew that they were also pretty fast cars with combustion engines. The original Tesla Roadster is known to be based on the Lotus Elise.

After free practice on Saturday morning and then qualifying in the evening, it was Sunday 1st race in the morning and 2nd race at noon. You would think there would be nothing to hear when nothing but electric smarties jet across a race track. But the only thing missing is the deafening noise from the engine, which was very exhausting with the Lotus Elisen, for example. What remained was pure racing, squeaky tires, the curbs and vehicle contacts and, towards the end of the race, the overheating and squeaking brakes. Much like Formula E, it's super exciting to see live and definitely worth a visit if you get the chance. 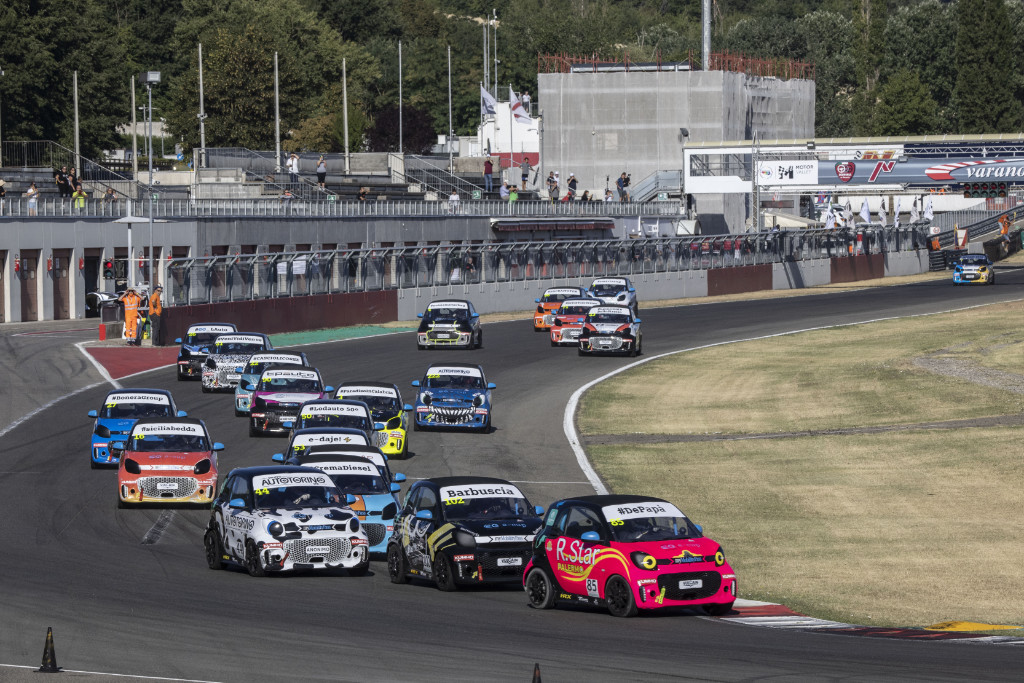 And as with every racing series, it is of course the emotions that make up the feeling on the track. The racing series enjoys great popularity and plans to continue firmly in the years to come. Whether the smart fortwo will then be replaced by the smart #1 or even the smart BRABUS #1 remains to be seen. But it is clear that I would like to have one of the fortwo when the current 2018 fortwo are retired.