The first smarties with a battery rental contract are now turning 10 years old and in the coming months and years this of course will increase. This raises a question I'm getting asked more and more:
The 10-year rental contract is expiring and I received an offer from smart to buy a battery. Should I buy it?

In this article I would like to give you an overview of your options and of course I will also tell you how I will deal with the rental battery of my own 2013 smart.

How does the battery contract work?

With the smart electric drive from the end of 2012 to 2016 there was the option not to buy the battery but to rent it. That was particularly interessting at the time because there was no long-term experience with the batteries. Accordingly, there was concern that they would break down as quickly as smartphone and laptop batteries. Which, thanks to BMS and other precautionary measures, has turned out to be an unjustified fear.

Anyone who had signed a battery rental contract was given the battery by the Mercedes Benz Bank. You then had to pay €65 a month for it and if the battery had less than 80% (41.6 Ah) of its remaining capacity, you would get a replacement free of charge. Which, by the way, also worked without any problems on my smart after 235,000 km.

The contract period began when the vehicle was first registered and will then run for 10 years. It doesn't matter how often it changed hands during this period and also whether it was really on the road for the full 10 years during this time. However, it is important that all services are carried out correctly during this period. So every 12 months or every 20,000 km, whichever comes first. A free battery test is then included with every service and the report must be handed over to the customer, signed by the car dealership. Unfortunately, this doesn't always happen, but it should. You can find workshop help on how to do this here. You can also read out the remaining capacity of the battery yourself.

You also have the option to buy the battery from the rental agreement at any time. The price is then based on this table: 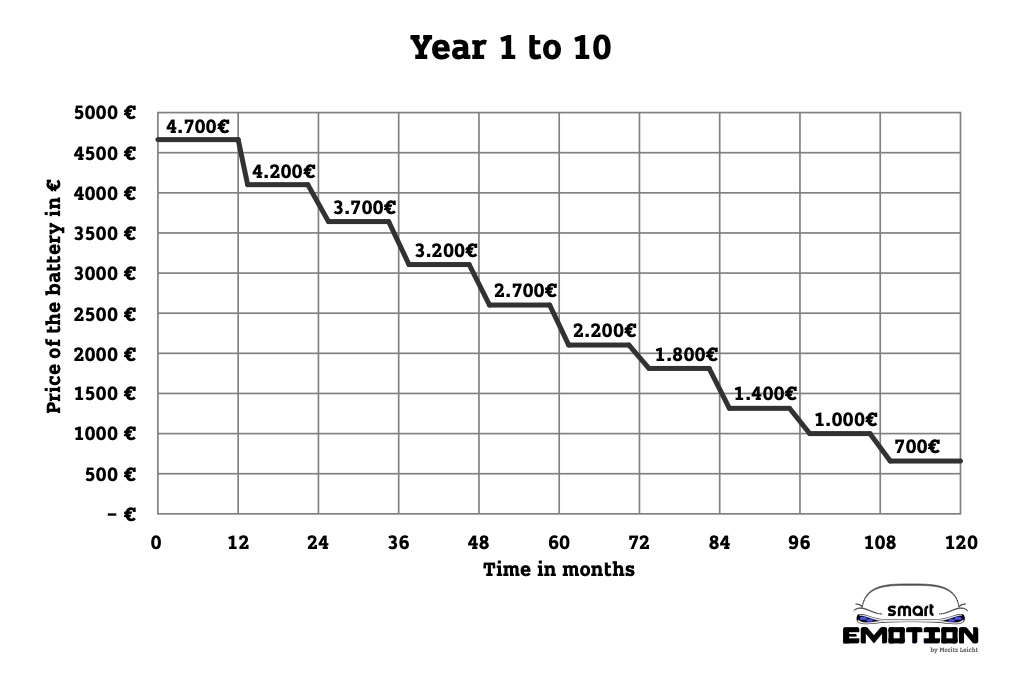 Side note from an international reader:

The battery rental can only be used in the country where the car was originally sold. If it is sold across the border, the battery must be bought out.

The options after 10 years

At the end of the 10 years, a detailed letter arrives from the Mercedes Benz Bank. In this you will be informed that the contract is about to expire and you have to make a decision. There are three options:

With the first two options you should inform the Mercedes Benz bank, with the last one you should make an appointment with the Mercedes dealer of your choice. Giving the battery back is of course quite meaningless. Accordingly, I will not go into this further.

The full email from Mercedes Benz

the rental contract for your sale&care battery expires on [date]. If you want to continue using the battery with your vehicle, you can choose between the following options:

• You buy the battery for EUR 300.00 including VAT. Please sign the enclosed purchase offer and send it back to us by [date]. Invoicing will then take place on the agreed contract end date.

• You extend the battery rental contract by another 2 years. The new rental rate is EUR 99.00 per month including VAT. After that, you still have the option of buying the battery at the price before EUR 300.00 including VAT, or returning the battery. Please let us know if you choose this option so that we can send you the appropriate application.

You also have the option of returning the battery to a smart sales partner without the vehicle that went with it. In this case, please inform us about the planned return day, return location and contact person in the dealership.

We thank you for the trust you have placed in us. Our aim is to continue to be your contact for financing, leasing and service leasing with the best financial services.

If you have any questions, we are at your disposal.

How expensive is the repair or even the replacement of a battery?

Basically, the battery costs around €5,900, there is more about this in this article. But that's a number that shouldn't unsettle you. Because in actually all cases, it is not the entire battery that is defective, but only one cell, a HV contactor or other parts. And nowadays, specialized workshops can repair it for less than €1,000. I myself have accompanied such repairs. You can find out how it works, for example, and who can do it in this article.

In fact, one has to say that the batteries are very robust and defects are very rare. It is an exception that a repair is needed. 99% of all smart cars are drive around with untouched batteries and completely problem-free.

As a fan site, I have of course seen a wide variety of batteries break, but in the broad masses this is still very rare. The most common are definitely defective HV contactors. Replacing these is super easy once you have become familiar with the battery of the smart ED3.

And actually having bad cells, or rather lose a significant amount of capacity, is the exception. If that's the case, you need an electric car or, even better, smart ED specialist. Here, too, you can get the battery going again with reasonable sums of money. It is often enough to replace only 2-3 cells so that you have > 95% remaining capacity again. 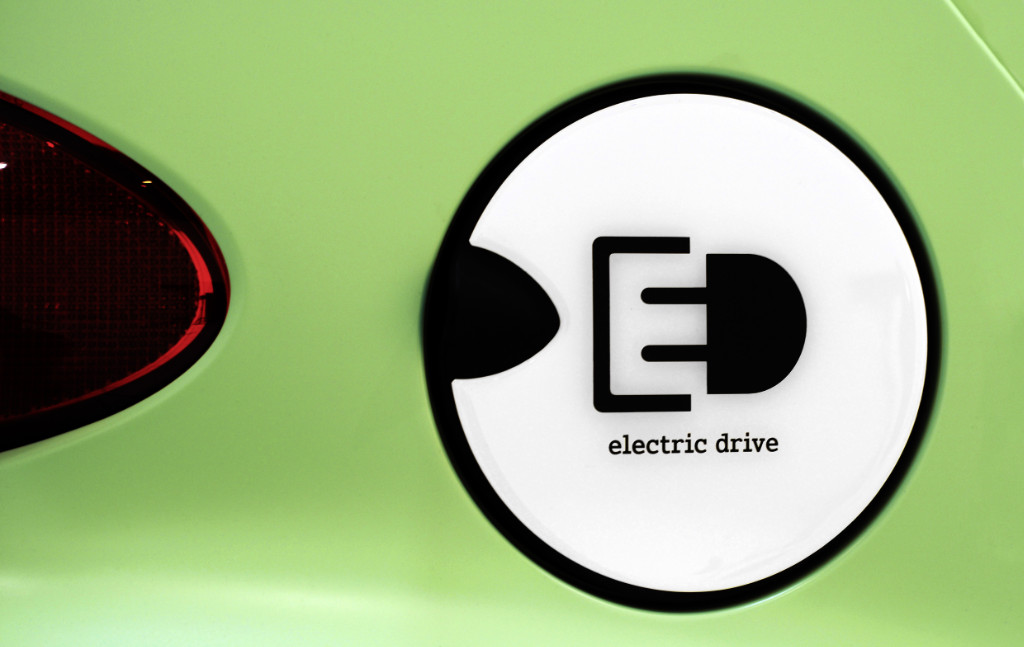 What do I do with my smart when it's 10 years old?

I will definitely buy the battery out. Buying the battery is also what I would recommend to everyone. Whether with a 22 kW charger or only with a 3.7 kW charger and no matter how many kilometers the battery has run. The cells last a very long time and the contactor can be replaced quickly and relatively easily. There are practically no other failures with the battery and if you were to deep discharge it, for example, the battery rental would not support that anyway.

At 300 € you can't say no and the risk that it will fail is very small. If there is something wrong with the battery, a repair is cheaper than paying €99 a month. In addition, the battery then belongs to the car and you are no longer forced to have it serviced by a Mercedes Benz dealer. Which also saves money and, in my opinion, is another convenience.

If you have any further questions on the subject or would like to discuss experiences from others, you are also in good hands in my forum. We are already actively discussing the topic there: *click*