Smart presents the comprehensive facelift of the smart EQ at the IAA 2019 in Frankfurt. The smart is more colorful and leans on the ur-smart. What changed exactly you will learn here. 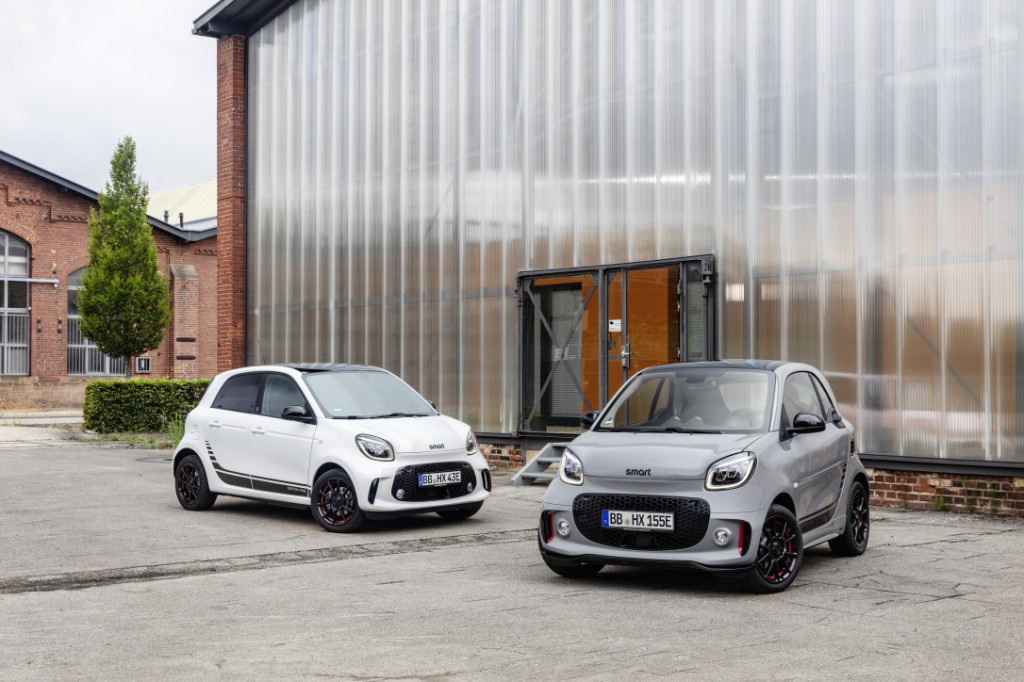 "Adult design for a new era coolly reduced design with distinctive, powerful wheel arches, short overhangs and customizable accents, the new generation of the exterior is typically smart," is what smart is describing it. Especially eye-catching, the full-LED headlights and a newly designed grille. Overall, the two grills from the preFacelift were combined into one.

Smart has apparently set itself the task to make the fortwo and the forfour a little more streamlined. The radiator grille has now become a little smaller, in addition there are at the height of the rear fog louvers to the wheel arch. Thus, the air resistance should have been reduced a bit and accordingly the range increased slightly. 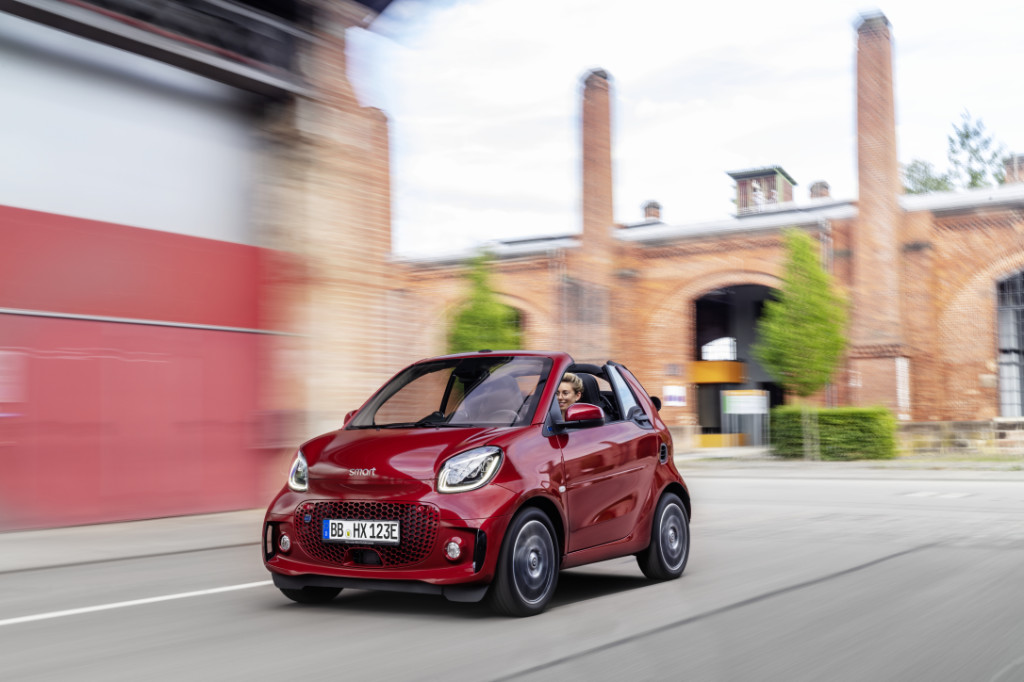 Long awaited, finally here: Full-LED headlights. Anyone who has already seen the study forease and forease+ knows the LED headlights already. Three vertical light-emitting diode elements give the smart a new character and now also include the turn signal.

Also upgraded were the taillights. New and modern, the smart now aso got a good looking back. 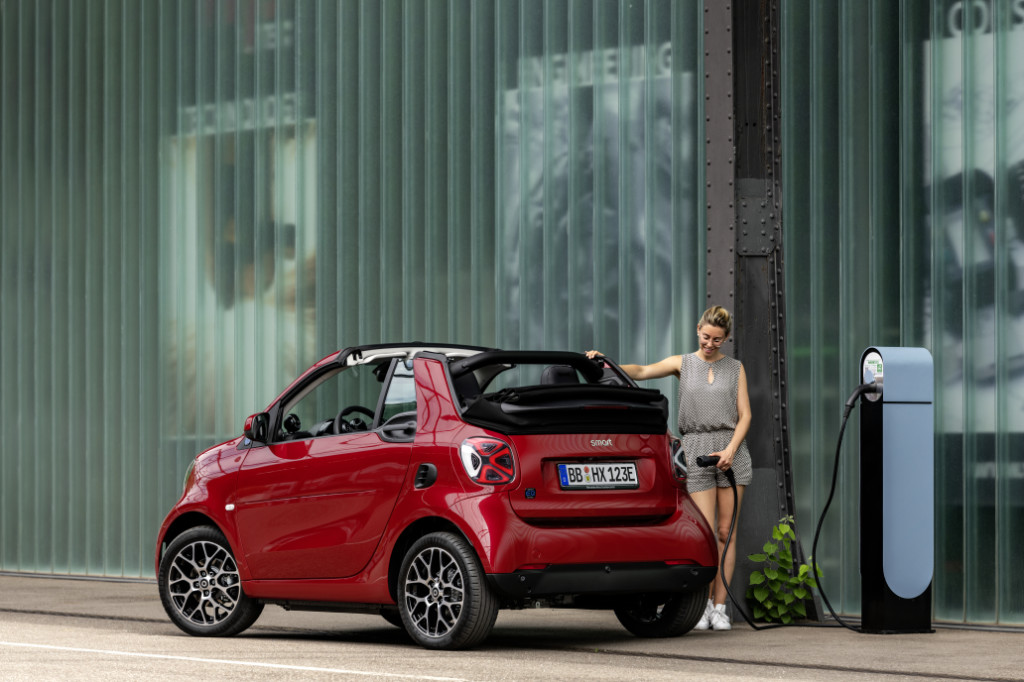 Technically, the smart has remained unchanged. Still a 17.6kWh lithium-ion battery with about 120 km in real range and thanks 22kW charger the smart is beeing charged from 0 to 80% within 40 minutes. Thanks to the cooperation with Plugsurfing, there are also almost all charging stations available. This can be easily found with the newly designed smart EQ control app.

Also motor specs remained as they where. Thanks to the reduced air resistance of the smart is now, however, not as previously in 4.9 seconds, already within 4.8 seconds at 50km / h. Also shortened is the sprint to 100km / h, this is now done in 11.5sec.

The passion, puls and prime equipment lines can now be combined with three equipment packages: Advanced, Premium and Exclusive, as well as new colors. It is now much easier to create your smart.

The "Advanced" package includes the new media system with smartphone integration (Apple CarPlay & Android Auto), an armrest and parking aid. With the next larger "Premium" package you also get a panoramic roof, or wind deflector on the fortwo cabriolet, as well as a rear view camera. The largest package "Exclusive" includes the two previous packages and the full-LED headlights. In addition, taillights, rain and light sensor, fog lights with cornering function, ambient lighting in the interior and an automatically dimming rearview mirror. 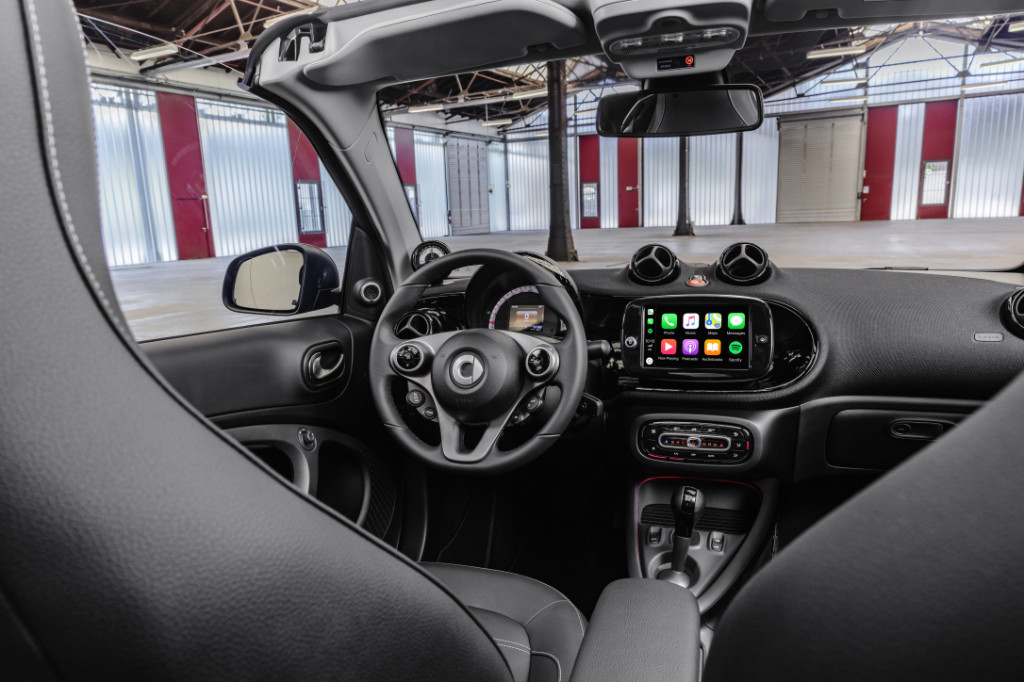 Now even more colorful. The fortwo now shines in carmine red, lime green and gold beige, the forfour is now also available in ice white and steel blue. What I personally like very much, there are now more colors for the interior, a blue / black combination was added.

Also updated is the selection of rims. These are now available in silver and bi-color with 15 "and 16". In addition, there are now particularly aerodynamic rims.

The smart has arrived in 2020. Thanks to electric drive it's made for the city of tomorrow.