Daimler is working with Geely to build the next generation of smart vehicles. The first one is going be the formore called SUV, which will also realign the brand. As previously reported, it will be based on the SEA2 platform. Geely now provides minimum specs for it's platform, which can then also be transferred to the smart.

They promise remarkable ranges and attractive charging times. Both many times better than what this vehicle segment had to offer up till now.

According to media reports the SEA2 platform (Sustainable Experience Architecture) is designed for all common vehicle segments. Depending on whether they want to build a small car or a sedan on it, the wheelbase can be from 2.7 meters to 2.9 meters long. Since the smart will be located in the B segment, the segment of the smart forfour, 2.7 meters should be it's wheelbase.

The report also states that the smallest battery will be an impressive 58 kWh, a larger option even 68 kWh. This would double the range compared to the popular VW eUP! and triple compared to the Renault Twingo ZE. However, the first pictures also show that the smart formore will be relatively big. 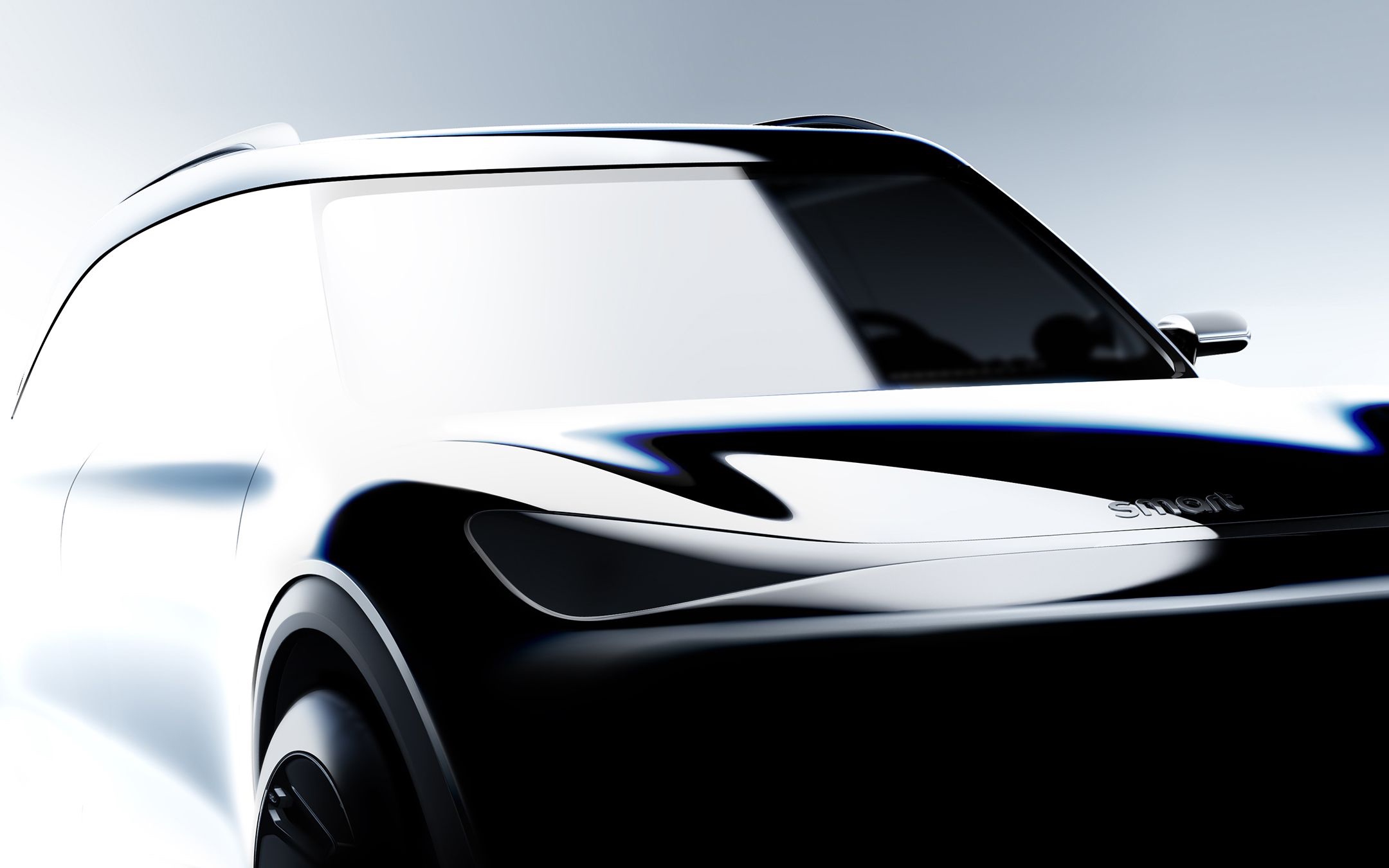 The manufacturer specifies a range of 460 kilometers in the NEFZ. So that would is usually a realistic 350 km and therefore more than enough for this vehicle class. The price of this vehicle will definitely be interesting, as this plays a major role in the B segment.

Specs on charging performance and charging time are still imprecise. The platform supports both 400 V and 800 V. So basically a lot is possible. Geely is currently commenting on 30 minutes of charging time for a stroke of 10% to 80%. That would correspond to an average of 80 kW and therefor indicate a peak power of 125 kW or even 150 kW. In this case, 400 V would be sufficient and, for reasons of cost, also more obvious. To reach such power it's also pretty clear, that we will finally get CCS. A feature the current smart models are desperately still missing.

All-wheel drive and a lot of power is possible

As it should be, the (SEA1) platform has the ability to drive with each axis. In this way, rear, front and all-wheel drive is possible. If you ask me, front wheel drive is no option, so I hope for RWD and AWD. It is also known that there can even be a separate motor for each wheel. But it is still unclear whether this will come in the smart configuration. But it would be exciting, of course, as it would basically revive the Swatch-car. Up to 400 kW, that's over 500 PS, are possible. Minimum values are not given.

Could this potential also be a reason for Brabus to negotiate new contracts with smart? It is currently the case that current contracts between smart and Brabus, that are over 15 years old, will expire at the end of 2021. If this means we won't get special Brabus smart cars any more or not, is still unclear.